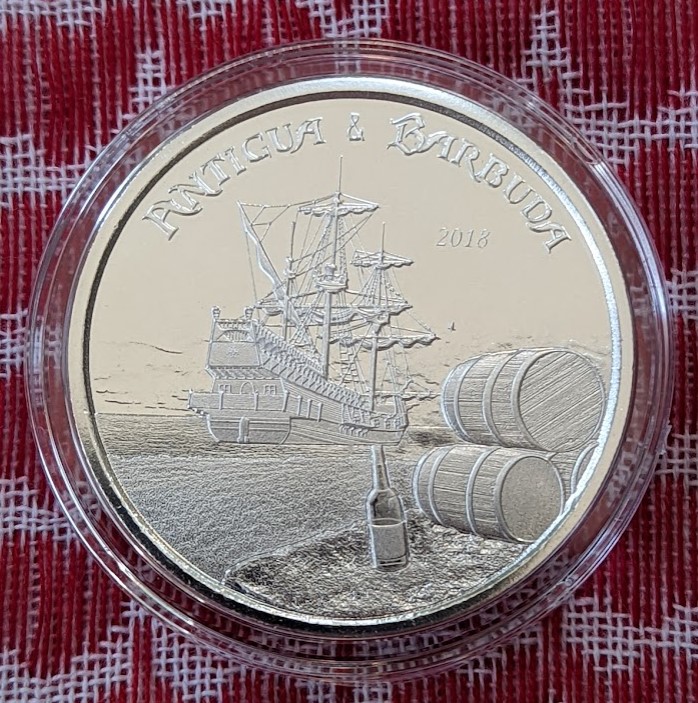 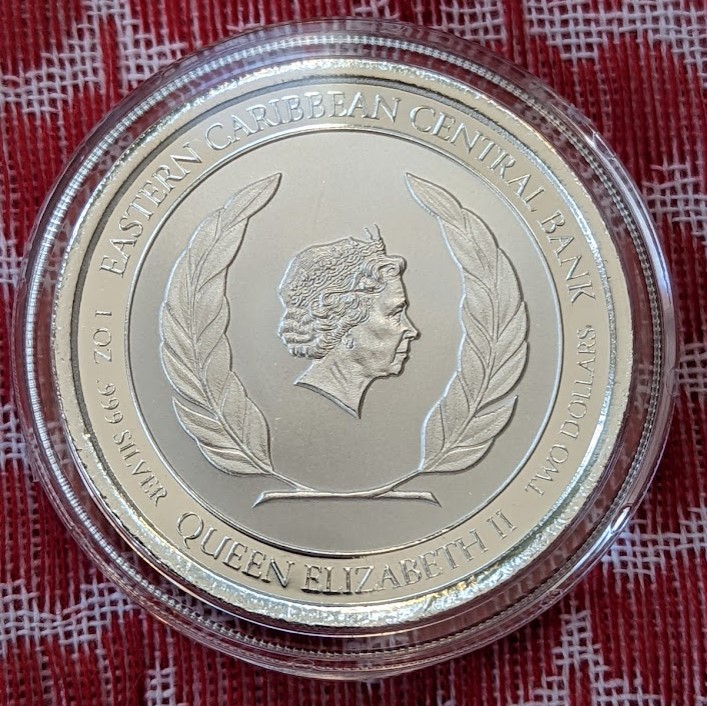 The Antigua & Barbuda Rum Runner 2018 BU is the first issue in the Eastern Caribbean 8 coin program. This coin contains 1 oz of .999 fine Silver and comes from a limited mintage of 25,000 coins.  The coins, manufactured and distributed by Scottsdale Mint, are legal tender in the territories of the eight members that comprise the Eastern Caribbean Central Bank.

Antigua and Barbuda is an exotic Caribbean destination that hosts a rich history to explore and some of the world's finest rums. Antigua's history of rum production dates back to the early 1700's when sugar was first introduced to the island and quickly became the main crop produced on its plantations. Sugarcane byproducts are used in the production of rum by a process of fermentation and distillation, and he resulting distillate is then aged in oak barrels to create the Caribbean's most sought after rum.